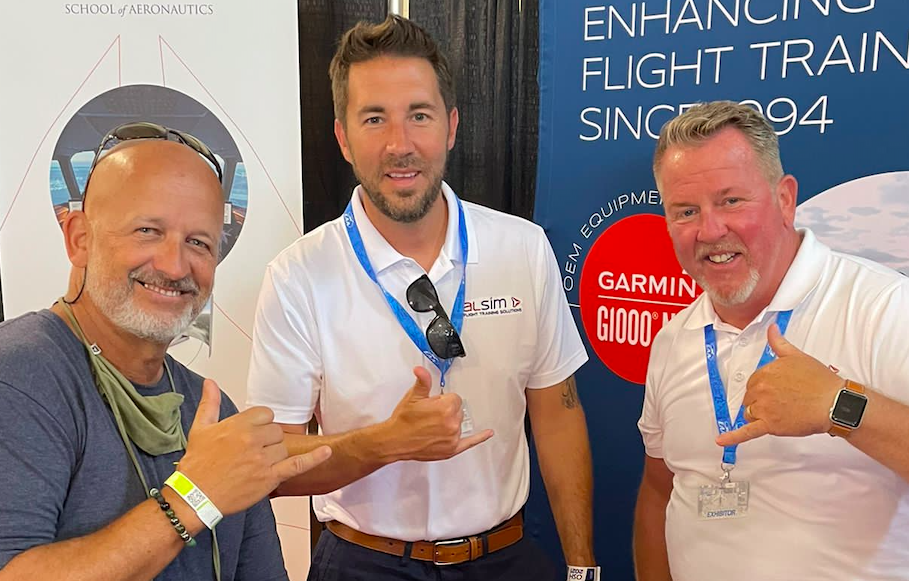 I knew it was the training device our students and CFIs had to have
Mr. Reginald Perry
CEO
Barbers Point Flight School

Reginald Perry, CEO of Barbers Point Flight School, explains: “We pride ourselves on having the latest and best state of the art technology. After seeing and flying the AL172 at EAA Air Venture, Oshkosh 2021, and previously speaking to many ALSIM owners, I knew it was the training device our students and CFIs had to have. The whole team is excited to have the simulator installed in the very near future.”

The ALSIM AL172, built to FAA FTD Level 5 standards and already certified as an AATD, is an exact replica of a brand-new Cessna 172SP Skyhawk with a real Garmin G1000 NXI and GFC700 auto pilot.

Based at John Rodgers Airfield (PHJR), Barbers Point Flight School describes its business as a self-paced, self-study school with the most modern fleet of aircraft in the state. All of their flight instructors are top-tier, and their maintenance department is not outsourced. According to their customers, everyone appreciates their “mom-and-pop” feel of the business and the spirit of Aloha.

Dr. Scott Firsing of ALSIM’s North America office adds: “With Regi’s fleet of mostly Cessna 172s with Garmin G1000 NXI, his choice of device makes perfect training sense. The students and staff will now have endless opportunities to learn, practice and strengthen flying skills both economically and safely. We know the entire Barbers Point team will be happy with the highly immersive device for many years to come.”

Barbers Point Flight School is a full-service flight training facility owned and operated by experienced, retired airline pilots, driven by a goal of passing on our aeronautical knowledge and experiences.

The airport itself is teaming with history. NAS Barbers Point was opened in 1942 and at its peak housed 6,500 servicemen and their families, on 3,800 acres. Known as “The Crossroads of the Pacific” it was at one time the largest U.S. base of its kind in the Pacific theatre. Decades later, the installation was closed in 1999 and turned over to the State of Hawaii.

In 2011, the airport’s FBO was established by the owner of the private flight school. Each year, since it was founded, Barbers Point Flight School and the FBO has seen significant growth, adding offerings every year to become a full-service aviation company, and providing a needed alternative to the crowded skies of Honolulu. In so doing, the traffic to the airport has increased exponentially with military, business, and ferry flights now a common occurrence. The activity on the airfield has also included the landing of the historic Solar Impulse as its first stop in the U.S., and the filming of major motion pictures which have all supported by Barbers Point Aviation and Flight School.

Decide which cookies you want to allow. You can change these settings at any time. However, this can result in some functions no longer being available. For information on deleting the cookies, please consult your browser’s help function. Learn more about the cookies we use.

With the slider, you can enable or disable different types of cookies: